After a long day of trekking, one should relax for the day. And after all itinerary has been covered, it's time to shop and once shopping is done, it's time to gorge down all the great food. That is what Day 4 is all about.

Waking up late was the plan but we ended up waking early. Another breakfast out of the hotel and we made our way toward Beitou which is known for the hot spring resorts. Beitou is about 45mins train ride from Ximending and is connected to another line to Xinbeitou. Eventhough it is just a stop away, the train has an interactive service which took the journey longer than other services. It was about a repetitive 10 mins ride. 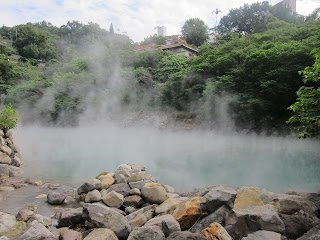 Besides hot spring, other attraction would be its natural hot spring known as Hell's Valley. The hot spring is at 100 degrees Celsius so it's not permitted for entrance except the surrounding path. Gazed upon the steamy natural hot spring which trailed down a stream towards a cooler temperature where local will dip their feet into. The stream runs further towards the Beitou Library which is quite a stunning view

There is also a Hot Spring Museum which is a free admission but we did not enter due to no shoes permitted. Someone was wearing stylishly in boots which was a nuisance to remove.

Main intention for the visit to Beitou was the hot spring. I did not managed to experience a communal hot spring in Japan and upon hearing that Taiwan has one, I went to try there instead. There are a few hot spring resorts and an outdoor hot spring which is overrun by the elderly. I did my research and was excited to visit Asia Pacific Resort. I did not made any reservation as the reviews mentioned that walk-in public bath was effortless. I was disappointed when I reached the venue.
Asia Pacific Resort has been demolished. I've just checked the website the day before but there wasn't any updates of it closure. There was a guard there and he directed us to a sub-company hot spring which was just across the street, Poetry Among The Trees. The resort has the same rates and facilities as Asia Pacific Resort. Thankfully I ended happy again.


Even though we had a communal bath, we were the only one present. So I did managed to snapped some photos. Check it out in the Beitou album.

So after a rejuvenating bath, we ventured out to our sins desire - SHOPPING. We went to Taipei City Hall again for a quick lunch at Agnes B cafe and then onwards to Eslite and ATT 4 Fun for bags and shoes, Dun Hua for another bag and Lomography stuffs, and to Ximending for some last grabs. We went back to the hotel rooms with tons of shopping bags.

After all the shopping and expected that we'll be hungry, we set out to Shihlin again to fill our tummy's desire. We made ourselves famished to enjoy the street food available.

I had a blast with all the food though I had a slight disappointment with the crispy chicken - it has bones unlike Singapore which does not. The taste is superb still, better than Singapore nonetheless. The chili powder of the chicken burnt my lips but thanks to the massive herbal tea, I managed to cool it off. I had multiple rounds of the fish balls and the shrimp was too darn good that I did not remember which street I got it from. I had the intention to try the smelly tofu but didn't managed to fulfill the crave. After all the foods, the smell of it nearly made me throw out all the good food. Hence there was no regret.

Day 5 was mostly lazing around before flight. So there won't be a Day 5 entry however I would like to add that I had the worst returning flight. Firstly, it was delayed due to a long taxi in Taoyuan and secondly, every seats are fixed to it's upright position. I can see the discomfort of all the passengers especially those who transit from Osaka. I was actually happy when we've landed in Singapore.

I had a great time in Taiwan. It could have been a great solo trip but to have someone is better especially during dining. I would really enjoy to dine with someone so that I can savor many foods and share it with them. I understand the Chinese conversations but I have a problem replying so thank you Hakimbo for being the translator. Given the chance to go Taiwan again, I would revisit Taroko Gorge for the trail with permit and to travel to the western and southern side of Taiwan.

Next up, it's a quick get-fat getaway to Kuala Lumpur in mid January and a Feb-Mar-Apr trip to Korea. Let's hope my Hanguk would be good by then.
Posted by Hairi at 7:17 PM
Newer Post Older Post Home

Hairi
rydikulez yet wise, quiet yet talkative, 21 in soul

Kafka on the Shore - Haruki Murakami 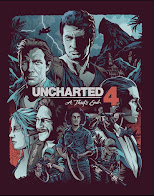